Mr. Hiroshi Murase (Chairman and Design Lead, Suzusan) sent us an interesting note about the tenugui cotton he’s planning to use in his upcoming workshop at the Jinze Art Centre, Shanghai.

Woodblock print by Toyokuni; portrait of actor Nakamua Shikan with a mame pattern tenugui around the neck

Here’s what he had to say.

“Tenugui is similar to the ubiquitous American Bandana…in that, it was used by common folk for centuries in Japan. It was a towel to dry off one’s body or hand; or wipe the sweat off the neck and face. It was an accessory worn around the neck or head. There were so many ways to wear it.

Business establishments had tenugui printed with their logos or messages. Tenugui sellers issued designs that were newsworthy and fun, to attract the buyers. Both stencil and rice resist paste as well as shibori resist dyeing were used to create tenugui . Arimatsu Narumi produced a huge number of shibori tenugui year after year, using local Ise cotton cloth. The post WWII era brought rapid conversion to western clothing and way of life, making tenugui a novelty item!

Now, there is only one weaving mill left, Usui Weaving Mill 「臼井織布」http://isemomen.com/ in Tsu city, Mie Prefecture. Usui continues to weave a kind of cotton cloth with high water absorbency and great texture that is friendly to users. We at Suzusan, continue this tradition of shibori tenugui and offer it as a modern day scarf or Japanese bandana to accessorize our Western life style.”

Artisan samples of shibori resisted tenugui can be found here. 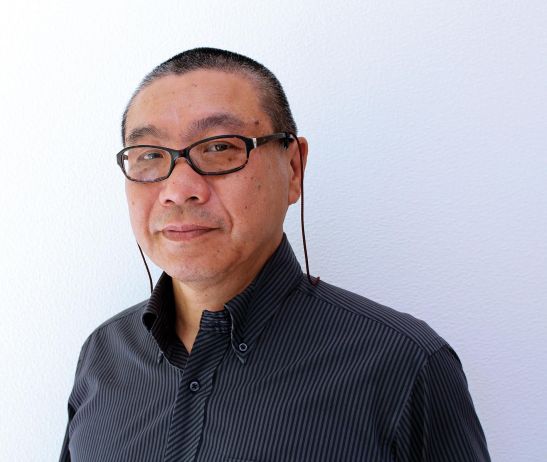 Born in 1952, Hiroshi Murase, has been deeply rooted in the art of Shibori his whole life. Born into a family of shibori-stencil pattern making artisans (4th generation textile family) in the traditional shibori production center of Arimatsu / Narumi, Hiroshi Murase is well versed in a wide rage of shibori techniques. An internationally respected artisan and an enterprising designer, he has more than 40 years experience in the textile field. Currently, he is the chairman of the acclaimed Suzusan corporation. He assumed the reins of the family business in 1971 and is widely credited for the ”Suzusan innovation“ due to his passion and experience.