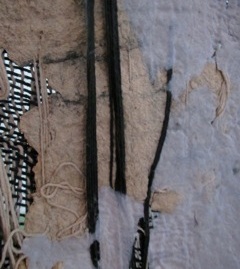 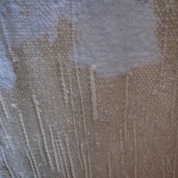 Priya Ravish Mehra is a Delhi-based textile artist and weaver, researcher and designer. She graduated in Fine Arts (with a specialization in textiles) from Visva-Bharati University, Santiniketan, and later studied tapestry weaving at West Dean College, Sussex and an advanced tapestry course at the Royal College of Arts, London under the aegis of a Commonwealth Fellowship and Charles Wallace Trust (India) Scholarship. She also received an Asian Cultural Council Grant to study the maintenance and preservation of Indian textiles, especially Kashmir shawls, in US public and private collections.

As a research consultant in the area of Indian handlooms and handicrafts, Priya travelled extensively through Bihar and Gujarat from 1987-92, documenting their textile traditions for ‘The Saris of India’, a major national research project sponsored by the Development Commissioner (Handlooms), Ministry of Textiles. She continues to do freelance work with textile organizations, design studios and artisan communities. Committed to socially engaged art, she has initiated creative weaving programs in educational institutions, and her work with NGOs includes a rehabilitation program for the female inmates of Tihar Prison, Delhi.

‘Making the Invisible Visible’ published by Deveron Arts (2011) and ‘One Thread Only’ ‘Rafoogars of Najibabad(2013) published by ‘KHOJ’ International Artist Association is part of her ongoing project about ‘Rafoogari’, the darning tradition in India.